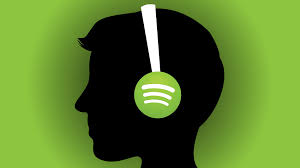 Here is the final installment and info on the last 17 songs added to our Spotify “Best of 2015” playlist: https://open.spotify.com/user/daa.com/playlist/2wOXJwY47EcPKNspyA1VzB

51. Datura4: “Demon Blues”. This is from the debut of this Australian power blues-rock band. If you like Humble Pie and Foghat. Even if you don’t.

54. Twin Within: “Bernie”. From “Horizontal Lines”, the debut for the Canadian duo.

55. Leon Bridges: “River”. Another reason to buy one of the year’s best albums.

56/57. Jason Isbell: “Hudson Commodore” and “How To Forget”. From “Something More Than Free”. Jason’s 5th album is full of catchy melodies and fascinating lyrics. MetaCritic scored it an 87 and like 2013’s “Southeastern” it will grace a lot of “best of” lists for 2015. That includes mine.

58. Mbongwana Star: “Nganshe”. From “From Kinsasha”. I can’t figure out how this album has gotten such rave reviews, like “a classic record for the ages”. A decent album of psychedelic dub music best taken one song at a time. I do like this song however.

59. Kurt Vile: “Pretty Pimpin”. From “b’lieve i’m goin’ (deep) down…”. This is Kurt’s 4th album and while his 2011 long player “Smoke” drew comparisons to Bob Seger and Tom Petty, this is the first song I’ve actually liked.

60. Sasha Siem: “My Friend”. From “Most Of The Boys”. One of the most interesting artists I have heard in years. The British-Norwegian singer, songwriter and classically trained composer draws comparisons to Bjork, Laurie Anderson, Kate Bush and Joanna Newsom. She’s challenging to say the least and incredibly talented.

61. The Rolling Stones: “Let It Rock”. A cut from the “Super Deluxe” version of the re-mastered/expanded version of “Sticky Fingers”.

62. Yukon Blonde: “Saturday Night”. From “On Blonde”. The musical progeny of Tears For Fears, Depeche Mode, Human League and The Pet Shop Boys.

63. Misfits: “London Dungeon”. From “12 Hits From Hell”. I came across this at one of my favorite sites “Albums That Never Were” (click here). “This is a reconstruction of their unreleased 1980 debut album”.

64. Amare Toure/ Ensemble Black & White: “Lamento Cubano”. From “Amare Toure (1973-1980)”. There are many musical mysteries out there and this African percussionist-singer is one of the most intriguing. He had an affinity for Latin music, particularly Cuban and this retrospective covers his most productive period. He was the “toast of Senegal”; now no one is sure if he is even alive.

65. Mr.Twin Sister: “Blush”. This self-titled album came out in late 2014 and made some “best of” lists. They produced the album themselves and put it out on their own label…..gutsy to say the least. It’s hypnotic, dreamy pop music.

66. Wolf Alice: “Giant Peach”. From “My Love Is Cool”. The debut from this north London band has generated a lot of critical praise. It’s called grunge-pop (“fiery”). This may be one of those times when all the hype is justified.

67. The Legal Immigrants: “Billy Goat”. From “Drugs To Roses”.  The Donald’s favorite band (I’m kidding of course) though I doubt they’ll be playing at any inauguration festivities. They’re from Grand Rapids, Michigan and supposedly invoke musical images of The Black Keys and The White Stripes. Makes sense.

From here on we’ll include the music info WHEN we add songs to our 2015 playlist.