This will be our last edition of Dancing About Architecture. We are changing the title to “Dave’s Not Here” for obvious reasons. We will also change our site address, but not our email. In the meantime enjoy some great music…….. 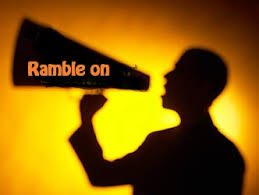 You’ve probably heard by now that Pink Floyd will have a new album in October (possibly). In truth it’s (supposedly) an album of ambient and instrumental music based on the 1993/1994 “Division Bell” sessions. Depending on which publication you read, there may or may not be vocals.

AC/DC have completed work on a new album. No release date has been set.

Dave and Ray Davies have not played together since 1996, but are reportedly discussing plans to do so….again. And now the 2cd remastered/bonus track version of “Lola Versus Powerman” is out. I’m not sure how many times Kinks albums have been reissued but one blog said it best….”you will need both a banker and an accountant to keep score of Ray Davies’ appetite for reissues”.

What’s this about a NBC developing a TV drama based on the Beatles’ career? And this after word that Ron Howard is planning a documentary on the Fab Four’s early touring years.

Have Dire Straits been working on a new album?

Sound therapists have determined (after careful and exhaustive research) that “Weightless” by the English band Marconi Union is the most relaxing song ever recorded. “The continuous rhythm of 60 BPM, an ideal tempo for synchronization with heart and brainwaves, make it an ideal audio accompaniment for a good night’s rest”. Here is a link to a YouTube video. There’s even a 10 hour version available.

After 8 years, Bob Seger is ready to release a new album called “Ride Out”. The first single is a cover of John Hiatt’s “Detroit Made”. The question everyone is asking (at least around here), will Bob play the 75th Sturgis Rally? Stay tuned.

BBC2 listeners just finished voting for the greatest guitar riff of all time. The winner…..Led Zeppelin’s “Whole Lotta Love”. The Kink’s “You Really Got Me” was number 9, but Guns N’ Roses “Sweet Child O’ Mine” at number 2 makes no sense. Anyone think “Satisfaction”, “Cocaine” and “LaGrange” should have been included?

MUSIC TO MY EARS:

August is an interesting month (musically). With the Rally I find that I am more inclined to listen to classical, world and jazz…..there is only so much ZZ Top and Lynyrd Skynyrd I can stand. Seeing John Mayall at the Buffalo Chip was a treat though; can’t believe John is 81. Here’s what got my attention recently:

“Finding Fela, Original Motion Picture Soundtrack”. Described as a “compelling look at the Nigerian musician and activist”, the documentary soundtrack is wonderful introduction to people who may not be familiar with the father of “afro-beat”. Selecting the songs from the 45-odd albums that he recorded must have been quite an undertaking. I love the album and can hardly wait to see the film, which had it’s premier at the Sundance Festival this year. Here is the movie’s trailer. click here

Kungsbacka Piano Trio, Richard Hosford, Philip Dukes: “Gabriel Faure Chamber Music (Piano Quartet No.2, Piano Trio, etc.)”. If you aren’t familiar with Faure, start here. If you don’t have this, buy it. Click here to find out why.

Sandoval-Corea-Sanchez-Escovedo: “Jam Miami: A Celebration of Latin Jazz”. Since I got the soundtrack to “Chef”, i have downloaded a lot of Latin music and this is one of the best. The “I Love Lucy” theme song is a reat treat (listen here).

Tim Hugh w/ Bournemouth Sinfonietta: “CPE Bach Cello Concertos”. We tend to forget that in his day Carl Philipp was more popular than his father. This 1996 Naxos recording is a favorite (listen here).

Sia: “1000 Forms of Fear”. The Australian singer-songwriter is a virtual music factory: writer (Beyonce, Rihanna, Britney Spears), producer, recording artist (“Elastic Heart” from The Hunger Games soundtrack), etc. This, her 6th album, will make a lot of “best of ” lists at the end of the year and for good reason. Here is the video for “Chandelier” which has already had 147 million views on YouTube. click here

Tom Petty and The Heartbreakers: “Hypnotic Eye”. Not a classic by any means, but still better than most of the new stuff I’m hearing.

Johnny Winter. Johnny was one-of-a-kind and not just as a musician. One website lists over 132 Johnny Winter albums; unfortunately the majority are not legitimate. For the record there are 19 studio albums, 8 “live” recordings and 13 compilations according to Wikipedia. Over the past weeks I’ve spent a lot of time listening to “Guitar Slinger”, “Raisin’ Cain” and “The Progressive Blues Experiment” not to mention “Hard Again”, the classic Muddy Waters album that Winter produced in 1977. His final album “Step Back” featuring Eric Clapton, Joe Perry and Billy Gibbons is just out.

which brings us to the new releases for September. Remember that release dates are always fluid, but here is what we have so far:

The Bad Plus: “Inevitable Western”. Haven’t heard this yet but it came out last week. My favorite jazz trio.

and now on to the “free stuff” 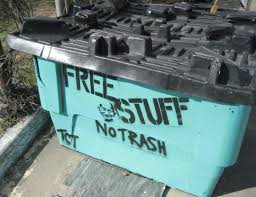 Nicole Atkins: “Girl You Look Amazing”. This is from her latest “Slow Phaser”. Writing catchy melodies with lyrical depth isn’t easy, but Nicole has the talent. This is from the folks at WXRT. click here.

Manchester Orchestra/ Paul Thomas Saunders/Sweet Apple/ Black Label Society: One of our favorite sites is Indie Rock Cafe and their April recap had some great mp3s for your collection. These are four of the best. click here and scroll down.

Ikebe Shakedown/Rodney Crowell/The Menzingers: More from the second installment of IRC’s April recap. DO NOT miss the Rodney and Ikebe downloads, and how could you possibly live without The Menzinger’s “I Don’t Wanna Be An Asshole Anymore”. Download it for a friend. click here and scroll down.

New Pornographers: “Dancehall Domine” (8/26)
Arcade Fire: “Here Comes The Night Time” (8/25)
Weezer: “Back To The Shack” (8/6)
Lana Del Rey: “Shades of Cool” (6/12)
Phish: “Wingsuit” (7/14)
Sam Smith: “Money On My Mind” (5/28)
Brian Eno & Karl Hyde: “Time To Waste It” (7/7)
Owen Pallett: “The Riverbed” (5/5)
Tune-Yards: “Find A New Way” (5/6)
If you read entertainment or music publications you’ve probably heard about these artists and their new albums….Smith and Del Rey particularly. The downloads are at another of our favorite sites Fluxblog. You’ll have to scroll back to the dates, but along the way you’ll find other downloads from the new albums by Jack White, Michael Jackson and more. click here.

Sassparilla: “Cool Thing” and “What The Devil Don’t Know”. The songs are from two different records released as a double album in June. The band is from Portland and is described as a mix of punk, rockabilly, folk and bluegrass. Here is a link to the downloads at another favorite site LargeHeartedBoy. click here.

Alexis Zoumbas: “Alimbeis”. Another gem from AQ, this from a reissue of the famous Greek violinist recorded between 1926 and 1926. “Lament For Epirus” has a cover by R. Crumb. click here.

Kip Anderson: “Without A Woman”. I love Aquarium Drunkard for introducing me to artists I have never heard of much less listened to. Kip Anderson is one of those. His big hit was “A Knife And A Fork” which came out in 1967; “Without A Woman” was released the year before. Wonderful southern soul. There’s also a Clarence Carter song on the site. click here.

The River Monks: “I Am A Lake”. This from the Iowa band’s sophomore album “Home Is The House” which came out in late May. Americana is such an overused term these days…yes I’m being picky. Download it anyway compliments of Magnet magazine. click here.

Armand Margjeka: “Hummingbird”. According to SoundCloud, “Hummingbird’s sonic aesthetics blends the abstract and the organic”. If you have any idea what the hell that means, please let me know.  click here.

Chris Devotion & The Expectations: “Don’t You Call On Me”. This is from the Glasgow, Scotland band’s second album “Break Out”. Play it loud! click here.

And The Professors: “Turn of The Century Recycling Blues. A lot more upbeat than the title would indicate. Another link through LargeHeartedBoy. click here.

and finally a couple of samplers that should not be missed:

“Not of Silver Nor of Coral”: This is Volume 8 of Hidden Shoal’s label samplers covering music released over the last 18 months. I don’t like everything they put out but it is always, always, always interesting. My favorites are Markus Mehr, Circus Devils and Slow Dancing Society. click here.

Partisan Records Summer Sampler 2014. Good music from Phox, Eagulls and Chris Denny. “Coffee” by Sylvan Esso is my favorite and the best reason to download it all. The link is to NoiseTrade. click here.

And here are 5 additional “free” albums/EPs from Noisetrade that you need to check out:

My Brightest Diamond: “Until Now”. Highlights from her last three albums; her new one comes out on the 16th. click here

Umphrey’s McGee: “UM Covers It// Live From Wanee//04.12.14”. A set played at the Wanee Music Festival with covers of The Who, Pink Floyd, Steely Dan and more….love “Life During Exodus”. click here

The Features: “Old Familiar Melodies-2008-2013”. A compilation/best of from their last 3 albums. “Whatever Gets You By” is worth the download. click here

That’s it for this edition………enjoy.