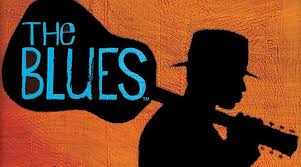 I have been listening to a lot of blues lately (my listening habits tend to run in streaks). It started with an Amazon suggestion; anytime I’m offered 167 songs for 4.99, I will check it out. The album is “The Complete Blues Anthology (Doxy Collection Remastered)”. Now before you close this out and open Amazon, a few comments: first the music is mostly from the 40s and 50s; second the album is heavy on Wynonie Harris, Brownie McGhee, Jimmy Witherspoon and a few others; and there are no liner notes. You will however find classic tracks by John Lee Hooker, Muddy Waters, Bo Diddley, Howlin’ Wolf, Jimmy Reed, Screamin’ Jay Hawkins, and more. At .03 per song you can’t go wrong. As a footnote, the reason the album is so cheap is because the label is European and after 50 years all music copyrights expire over there.

I came across this sampler at NoiseTrade in February and loaded all 11 songs into my various playlists. It’s from The Music Maker Relief Foundation, a 501c3 dedicated to preserving “the musical traditions of the South by directly supporting the musicians who make it”. A noble endeavor and even better music…..the John Dee Holeman, Etta Baker, Cotie Stark, and Captain Luke and Cool John Ferguson cuts are superb. Here is a link to the Music Maker site and the NoiseTrade sampler.

I know a few people will disagree with me, but I really haven’t heard a lot of great new music since the first of the year. As proof I offer a link to Indie Rock Cafe (a favorite site) and downloads from the “Best New Album Releases, April 2015”. If you’re interested you can also check out similar posts for March and February. Fortunately a few “bright spots” have helped tide me over and I remain ever optimistic. Here’s what we’re listening to at the office:

Ben Salisbury and Geoff Barrow: “Ex Machina”. Composer Ben Salisbury and Portishead’s Geoff Barrow have come up with a superb soundtrack, if you like ambient music that’s a bit eerie. The movie itself has gotten rave reviews with a 78 at MetaCritic, so I’m hoping it will open here…..eventually. One reviewer described it as “Frankenstein meets Blade Runner”. What makes the album so unique is that the soundtrack has actual songs; most sci-fi soundtracks offer nothing more than 2 maybe 3 minute snippets. Barely enough time to enjoy the music. Here’s a link to the soundtrack.

Ryley Walker: “Primrose Green”. This is the second album from the singer-songwriter and it’s excellent. As with most Chicago artists, he covers a lot of musical territory: there’s some jazz influences, a bit of English folk (think Nick Drake), a hint of rock and Walker’s own unique guitar stylings. He’s a talent and “Primrose Green” is one of the year’s best. Here’s a link to a video of “Sweet Satisfaction”.

Laura Marling: “Short Movie”. This is Laura’s 5th album in 7 years; not bad for a 25 year old whose debut was skewered by some critics who considered her just another English singer-songwriter. “Short Movie” proves that she is anything but. Her music has always been intensely personal and musically focused, but she upped the ante by going electric for the new album. Here is a link to a free 5 song preview that she recorded in December for SIRIUS. One of the comments drew a comparison to Chrissie Hynde, “which can never be a bad thing”.

Dwight Yoakam: “Second Hand Heart”. I am trying to figure out how some 30 years later, Dwight Yoakam is still making some of the best country music you will hear anywhere. He hasn’t changed his style, his sound or his devotion to the music that inspired him. “Second Hand Heart” doesn’t have a “knockout” hit like “A Thousand Miles From Nowhere” but it’s solid from first song to the last. And these days that’s rare indeed. Here’s a link to a YouTube stream of “Second Hand Heart”.

James McMurtry: “Complicated Game”. Like Dwight Yoakam, James McMurtry can be a bit predictable, but so what. The album is worth purchasing for the song “Forgotten Coast” alone…think a JJ Cale and Jimmy Buffett collaboration. The song “South Dakota” is a just as good even if I am justifiably prejudiced. Here’s a link to a streaming of “Forgotten Coast” at YouTube.

PALO!: “Live”. I’m not sure where I heard this, but I downloaded it the next day. They call it Afro-Cuban Funk, though I would add there’s a hint of jazz that weaves it’s way through the music. The band was nominated for a Grammy in 2015 and a Latin Grammy in 2014. If you can put this on and stay seated (as in dancing) you need  therapy. Here’s a link to a YouTube video of “Fumando”.
———-