Coming up with a name for a new record label is a frustrating often fascinating process. Sometimes it’s obvious that a lot of thought and consideration went into the decision. Other times…….. Midget, KKK, Odd Socks, Burping Turds, Mine’s Bigger Than Yours, Rectal Track, Scared Hitless, etc. However, I just came across a new label based in Geneva, Switzerland that is destined to be a classic (name that is). You would think that a Swiss label would have a somewhat cultured, almost esoteric name. Instead the founders chose “We Release Whatever The Fuck We Want Records”. Perhaps it was too obvious.
———- “For Rock and vinyl lovers, Record Store Day is like Christmas in April”. So begins a May 5 post from one of our favorite blogs Indie Rock Cafe (5/4/14). I won’t bother you with the specifics, but there are some wonderful downloads here. From Green Day to The Yardbirds (featuring Jimmy Page), The Grateful Dead to Cake, The Joy Division to Chvrches and much much more. Here’s a link.
———- 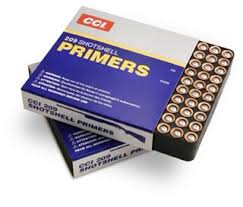 Over the past few months, Bob Lefsetz has produced a series of primers; what he considers to be the essential songs/recordings of artists like Jethro Tull, Little Feat, Ry Cooder,Todd Rundgren, etc. I’m not going to say that I agree with all of Bob’s selections; I’m sure he wouldn’t agree with mine. But it’s a fun exercise and a great place to start. Here are the links:

With new albums by Neil Young, Coldplay, The Black Keys, tUnE-yArDs, Michael Jackson, Tori Amos, Rodney Crowell, Gregg Allman, and a tribute to Wes Anderson (songs from his films) entitled “I Save Latin!”, there’s a lot of wonderful music already out or on the way. But before you close out your emusic or Amazon shopping experience, here are some lesser known albums you need to add to your cart:

I’m not a big fan of instrumental-only power trios, but this is…….different. First of all the Norwegian guitarist is considered primarily a jazz musician. So while you hear echoes of Hendrix, Satriani, Iommi, etc; you’ll also hear major influences like the freeplay of John McLaughlin and Al DiMeola. Here’s a link to a sample at YouTube.

Rolling Stone describes the album as a “hard-partying twang punk quartet” throwing “a 20th birthday bash for themselves”. That doesn’t do it justice. Blender rated their 1999 single “Murder (or A Heart Attack)” as the 176th greatest song “since you were born”. “Most Messed Up!” has some songs that would have made the list as well. There isn’t a bad song on the album which is why the MetaCritic score was 81. Here’s a link to an epk on the album at YouTube.

Challenger: “Back To Bellvue”.

I haven’t figured out the significance of the title yet. My initial reaction was a reference to the famous New York hospital known for it’s psychiatric services (amongst others). And after my first listen I was sure of it. The album appears to be a bit schizophrenic with music that ranges from acoustic-driven songs to summer-time electro pop to new wave and more. I’m told it’s called electro-indie (an explanation please). Whatever the case John Ross, who leads the band, is a producer-songwriter and does a lot of work in television so the variety is understandable. And considering some of the current music offerings I listen to, it’s quite welcome. Here’s a link to a 30 second “teaser” at YouTube.
———-

and finally some free albums from our friends at NoiseTrade:

Roo & The Howl: “ME/WE”. Their bio says they find “a sweet spot between Fleetwood Mac and early Rollling Stones, with a little Cat Power thrown in”. link.

Mike Doughty: “The Furthermost of Mike Doughty”. This is a retrospective of Mike’s 14 years as a solo artist (he was originally in Soul Coughing). Be sure to check out his version of John Denver’s “Sunshine” and “Holiday” featuring Rosanne Cash. link.

Rodrigo y Gabriela: “The Soundmaker EP”. Now this is some guitar playing. If you haven’t heard them, you are missing out. link.