Here are the new releases we’re following for March:

March 4:
Glitterbust: “Glitterbust” (Kim Gordon’s new band)
La Sera: “Music For Listening To Music To”
Loretta Lynn: “Full Circle” (hope to see her at SXSW)
Nada Surf: “You Know Who You Are”
Polica: “United Crushers”
Ray LaMontagne: “Ourboros”
Violent Femmes: “We Can Do Anything” 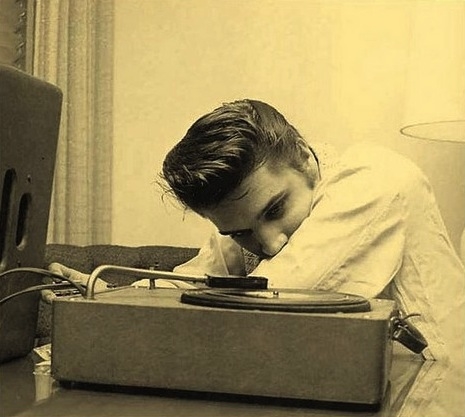 David Leisner/Zuill Bailey: “Arpeggione”. First you take music by Schubert, Saint-Saens, Paganini, and Villa-Lobos and transcribe it for cello and guitar. Then you get two world-class musicians to play it. The result is my favorite classical album of the year (so far); make that one of my favorite “albums” of the year. Click here for a sample.

School Of Seven Bells: “SVIIB”. The final album for the duo and as one reviewer so aptly put it, “the perfect goodbye” (Benjamin Curtis died in 2013). Wonderful synth pop tunes. The band’s name comes from a South American school for pickpockets. Here is video of one my favorite songs on the album “Open Your Eyes”. Click here.

DTCV: “Confusion Moderne”. I always feel a bit guilty when I hear a good album by a band I’ve never heard of and then find out it’s their 4th album, not counting 2 EPs. DTCV is short for “Detective”. The album is mix of classic French pop songs (Lola G. is French but I won’t hold that against her) and garage rock. Their bio describes their music as “Francoise Hardy fronting Buzzcocks”. Here is a video from the album; the song kicks in at about the 2 minute mark. Click here.

Field Music: “Commontime”: This is the band’s 5th long player and easily their best. Field Music isn’t for everyone. Their instrumentation and song styles can be a bit confounding at times, something I find fascinating. And the lyrics! One Amazon reviewer compared the album to Steely Dan’s “Aja”. Here’s a YouTube video. Click here.

Bonnie Raitt: “Dig In Deep”. It’s hard to believe that this is Bonnie’s 20th album. Picking out a “best” is damn near impossible but this is right up there. It follows the pattern of her classic albums: deeply personal songs, covers that don’t sound like covers, funky/bluesy numbers and a record that you wish wouldn’t end. Here is a YouTube video (in the studio) of “Gypsy In Me”. Click here.

Relick: “Twin House” EP. I’m not sure why critics compare the band to Rilo Kiley and Neko Case and then invoke 60’s British and 90’s alternative rock band comparisons. The Denton, Texas foursome quite simply make good music, strong on melody with hooks that are engaging and lasting. For a debut it is impressive. Here is a link to a YouTube streaming of “Offering”. Click here.

Bayonne: “Primitives”. Another significant debut, this from Austin’s Roger Sellers. His music is all about melody over intricate layers of sound (musical and otherwise). It’s at once hypnotic and also thoroughly enjoyable. Here is a link to a YouTube video of “Appeals”. Click here.

Mothertapes: “Mothertapes”. First an apology for totally missing this wonderful album which came out in October of last year. The Portland duo makes unique music that I’ve seen described as “avant-pop” and “rhythmic rock electronica”…..I’ve requested a ruling on the last one. My favorite is “a smorgasbord of sound”. Here’s a link to a streaming YouTube video. Click here.

The Blue Stones: “Black Holes”. Another 2-man band, this time from Canada. The music is blues-rock with a pop component that makes it all the more interesting. Their music has been featured on “Parks & Recreation” “Suits” and “Monday Night Football” so it’s not like they are complete unknowns. The album comes out in April so I don’t have a video, but here is a stream of the first single at YouTube. Click here.

Ana Caprix: “M6 Ultra” EP.  When you start using words like “reclusive” and “mysterious” to describe an artist and when I can’t find a lot of information, I get interested. And when the music is called “tropical trance” (whatever that is), the last album in 2014 made some year-end “best of ” lists, and the music is available as a “free” download………click here.