We’re overdue for a new edition of DAA and lots to cover:

First of all, someone invariably asks what I’m listening to. Aside from the 100 or so mp3s I download each week, the free samplers and album submissions…….not much. Then again if you walk into my office at the dealership it is rare that you won’t hear music (I’ve worn out one ipod already). So aside from the new stuff, here’s some of what you’ll hear:

“Chef” (The Soundtrack): One of the years best movies and a fun soundtrack. “Hung Over” by the Martinis should have been on the “Animal House” soundtrack, and the live version of “When My Train Pulls In” by Gary Clark Jr. is further proof of just what a phenomenal musician this kid is. It also got me to pull out his stellar 2012 release “Blak and Blue”. Here’s a live video of “Train”, not from the movie. Click here.

“I Saved Latin! A Tribute to Wes Anderson” (music from his movies): Another “fun” album; and while you won’t recognize many of the artists, did you really think that you would. This is a video of “Alone Again Or” by Sara Lov from “Bottle Rocket”. Click here.

“Tarpaper Sky” by Rodney Crowell and “The River & The Thread” by Rosanne Cash: My kind of country.

“Bluesamericana” by Keb Mo: Of the 88 reviews at amazon.com, 72 were 5 stars and 14 were 4 stars. One reviewer said, “this guy isn’t a good blues musician….he’s a GREAT blues musician”. Enough said.

“My Aim Is True” by Elvis Costello. Every few years or so I get this overwhelming urge to pull out some early Elvis. This is still my favorite. Here’s a 1978 live performance of “Watching The Detectives”. Click here.

“Paul Butterfield’s Better Days”. Paul’s version of “New Walkin’ Blues” is a bonafide classic and still sounds as good as it did in 1973. Great blues music is timeless. Listen to it here. 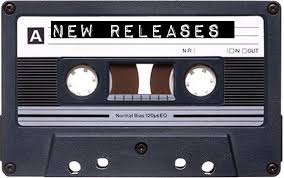 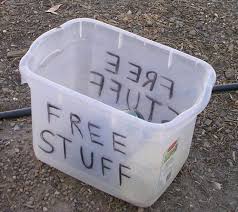 And saving the best for last, here some of my favorite mp3s and albums…….all free.

Katie Herzig: “Summer”. An appropriate way to start. This is from Katie’s latest “Walk Through Walls”. Here’s a link to SoundCloud; Click here.

Kinetics: “The Ocean”. This is from the 4 piece Swedish indie pop band’s latest ep. At SoundCloud; click here.

Jupe Jupe: “Vicariously”. The bio says they play “mournful pop music that moves”….whatever that means. The 4 members are veterans of the Seattle/Austin music scene. At SoundCloud; click here.

Great Good Fine Ok: “Not Going Home”: This electro-pop anthem has been downloaded over 320,000 times already. At SoundCloud; click here.

The Funkees: “Now I’m A Man”. From the folks at Aquarium Drunkard and the 1976 afro-rock album of the same name. There’s another song for download on the post. Grab them both. Click here for AQ.

Graeme Allwright; “Je Perds Ou Bien Je Gagne”. Again from Aquarium Drunkard (no wonder they are one of my favorite sites). This is the French version of Jackson C. Frank’s classic “Blues Run The Game” from Graeme’s 1968 album. Click here for the link. I’m also including a link to Frank’s version and a short history….sad. Click here.

The Los Angeles Gospel Choir: “The Times They Are A Changin”. It’s Sunday morning so some gospel seems appropriate. Here are 2 songs from the 1969 album “Dylan’s Gospel” (and “I Shall Be Released”). Click here for the link to AQ.

Red Hot Chili Peppers: “Californication”. As readers know, I am not a big fan of remixes, but this Gamper & Dadoni remix is a lot of fun and stays true to the original. Click here for the link to thissongissick.

Sohn: “Artifice (live)”. The Swedish DJ/producer with a live version of a song from his debut album “Tremors”. Click here for SoundCloud.
———-
Here are some free mp3s/eps/samplers/albums/etc. from NoiseTrade:

The Dollyrots: “Da Doo Ron Ron/I Wanna Be Sedated”. The last song
from their new album “Barefoot and Pregnant”. Play It loud. click

John Dragonetti: “The Internet’s Own Boy: The Story of Aaron Swartz”
The original soundtrack. click

Lauren Mann And The Fairly Odd Folk: “Over Land and Sea”. The
band’s name makes it worth a listen. click

My Brightest Diamond: “Until Now”. Music from her three albums. click

Highasakite: “Since Last Wednesday”.  Gotta love those Norwegians. click
———-
Here are some great mixtapes we’ve found at Aquarium Drunkard over the past few months. They come highly recommended:

We aren’t finished but wanted to get this posted. Will start on the next edition this weekend with a lot more free mp3s and a review of Hank Harris’ latest album. Till then……………….