And if that wasn’t enough, we hear the LA hardcore punks Bad Religion will release a Christmas album at the end of the month called “Christmas Songs”. I’m eagerly awaiting the opportunity to hear their take on “Angels We Have Heard On High”. Here’s a stream at YouTube of “O Come, O Come Emmanuel”. Click here.

I hadn’t heard about “The Muscle Shoals Movie” until I read about it in Bob Lefsetz’s blog recently. Here’s a link. As he so aptly put it, “what you’ve got here is a renegade bunch of crackers who made some of the most legendary music of all time”. There’s also a companion soundtrack album featuring early recordings like Arthur Alexander’s classic “You Better Move On”, Aretha Franklin’s “I Never Loved A Man”, and proof that the studio attracted and continues to attract an incredible range of talent: Jimmy Cliff’s “Sitting In Limbo”, Paul Simon’s “Kodachrome” and Alicia Keys’ “Pressing On”.

I will have to admit that I was underwhelmed when the labels started releasing “mega box sets”. I believe I referred to them as “the musical equivalent of a coffee table book”. Well, they must be selling because they just keep coming. There’s a Harry Nilsson set (see below); a 34 disc box set containing the complete catalog of Herbie Hancock (“Herbie Hancock: The Complete Columbia Records Collection 1972-1988”) due in November with 3 titles that have never been released on cd; “Bob Dylan: The Complete Album Collection Vol. One” also in November and containing the “complete’ Dylan discography from the past 50 years (so what will volume two contain?). For those who are space challenged, there’s a harmonica shaped USB containing the entire “collection”. In additon there is a 15 disc career-spanning set “Paul Simon:The Complete Albums Collection” and last but not least  “The Original Mono Album Collection”, nine of Miles Davis’ earliest Columbia recordings together on cd for the first time.

And speaking of movies (a video actually), I recently came across a piece about the first punk band. According to the writer the band didn’t hail from Detroit, New York, London or anywhere else in the northern hemisphere. The band was called Los Saicos and they were from Peru. Seriously. The band had a mercurial two year existence and then the members simply walked away. The short 13 minute documentary is worth a view. Click here. I also found two songs available for free download at Raven Sings The Blues. The link is to the June 2010 edition (scroll down to 6.22).

Flaming Lips has a six-song EP coming out in a few days called “Peace Swords”. It’s “music for and inspired by” the film “Ender’s Game”.

The Record Store Day organization has announced a new event “Back To Black Friday” set for November 29. There will be limited edition vinyl releases, box sets, and something we’ve all been wanting……musical trading cards. I wonder if bubble gum will be included in the packages.

One of the “great” live albums of all time gets the extended version treatment. Humble Pie’s “Rockin’ The Fillmore” will be out at the end of the month. “The Complete Recordings” is a four cd set and I just got a download….more next issue.

There is a “Volume 2” of The Beatles’ “On Air: Live At The BBC” coming in early November. The two cd set contains 63 tracks, conversations with radio hosts and some previously unreleased recordings.

One of the more interesting labels (and one of my favorites) is ZZT, formed in 1983 and widely considered to be the brainchild of producer/musician Trevor Horn. Over the years the label has been home to acts as diverse as Tom Jones, Roy Orbison, Art of Noise, Frankie Goes To Hollywood, Seal and Grace Jones. Apart from his label, Horn is best known for co-writing, producing and playing on Yes’ “Drama” and “90125”. To celebrate the 30th anniversary of the label, there’s a double-disc set entitled “The Organization of Pop” out now. Check it out.

By the time you read this “Magpie And The Dandelion” will be out. The eighth studio album by the Avett Brothers was once again produced by Rick Rubin.

From the folks at “The Big O” comes word (according to My Bloody Valentine’s Kevin Shields) that the success of 90’s Britpop was orchestrated by the British government. No wonder Blur and Oasis were so popular. 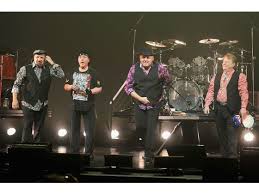 And finally one last blog item from Bob Lefsetz entitled “The Rascals At The Greek”. The Rascals are one of the more “underappreciated” bands in the rock’n’roll lexicon. They were so good you took them for granted, until they weren’t there any more. Thanks to Steve Van Zandt for making the revival happen and reminding us of all that wonderful music. Here’s the link.

What’s In A Name? 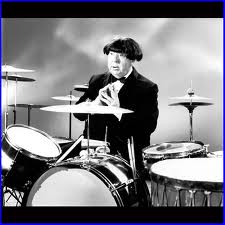 A lot of good music for this issue, and the best part…..most of it is free.

“Solaris” is one of the more mystifying and intriguing science fiction movies of all time, surpassing even “2001, A Space Odyssey”. The 1972 original and the 2002 remake received mixed reviews which was understandable; The book’s author stated that he “wanted to create a vision of a human encounter with something that…cannot be reduced to human concepts”. The soundtrack to the remake was interesting but the original is another story. The music revolved around variations on Bach’s “Chorale Prelude in F-Minor”, but it was the electronic soundscapes that grab your attention. The Russian composer Eduard Artemiev used the massive ANS synthesizer (described as being as large as a refrigerator) to achieve what can only be described as a remarkable musical achievement. And to add to the mystique, the only prototype was destroyed shortly after the recording was completed. Here is a link to Aquarium Drunkard for a taste of the Bach portion of the soundtrack, and a link to a video on the photo-optic ANS synthesizer at Synthtopia

As you have probably already surmised, I’m a Tom Waits fan… particularly his early stuff. I’ve found some interesting concert downloads over the years, but one of the best is from an appearance at the San Diego Folk Festival in 1974 (his hometown). The download is at captainsdead.com. And while you’re at it check out the other Waits downloads on the site. The 1975 KQRS-FM broadcast is worth a listen. Here’s the link.

Mazzy Star: “Seasons of Your Day” and Goldfrapp: “Tales of Us”

I have no idea who coined the term “dream pop”; probably a psychology major. Wikipedia says it “relies on sonic textures as much as melody”. Personally I don’t like music that is passive, which may also explain why most of the genre’s most notable bands (1980 to 2000) are all but forgotten.

Been to a Kitchens of Distinction concert lately? Having said all that, I will confess to liking Mazzy Star (their 1993 album featured the classic “Fade Into You”; here’s a YouTube link). Unfortunately it’s been 17 years since their last album so “Seasons of Your Day” was much anticipated. It doesn’t disappoint, in fact it is one of those rare albums that gets better with repeated listening. Here is a video link to “California” from the album. Goldfrapp’s “Tales of Us” fits the “dream pop” mold, but may surprise casual fans who are more familiar with the group’s forays into trip-hop, electro-glam, synthpop, etc. The music is haunting (Halloween analogy) and almost cinematic in its orchestrations. It’s an album that requires a few listening trips, but it is worth the drive. Here’s a video link to “Annabel” from the album (the song starts about 3 minutes into the video).

There are a bunch of free sampler albums available now at Amazon.com Here’s the list and links:

“2013 Relapse Records-Fall Sampler”. A mix of Death Metal, Alternative Rock and Alternative Metal (whatever that is); featuring Ulcerate, Baroness, Primitive Man, Weekend Nachos, Coffins and lots more. It’s a more varied than you might think. link

and finally a mention that Seraphic Fire’s “Ave Maria” (reviewed here last time) was recently highlighted by emusic as a “recommended” classical music selection for the month.