We are back after a wonderful trip to Australia, some family time, some sickness and just about everything else you can think of….including figuring out the latest edition of WordPress. We didn’t bring back a lot of mementos from down under, though I purchased a cool flyswatter (came in quite handy in the outback). I also had the opportunity to listen to a lot of music (14 hour plane flights and all); and most of it is still on my ipod. Here’s a list of what we like so far:

Rosanne Cash: “The River & The Thread” (scroll down for our review)

Little Feat: “Rad Gumbo: The Complete Warner Bros. Years 1971-1990”
This 13 disc clamshell box set for one of the greatest rock bands of ALL time is long overdue. The expanded version of their classic live album “Waiting For Columbus” and the disc of outtakes and rarities is much appreciated. At less than $60.00 this is definitely worth buying.

Elton John: “Goodbye Yellow Brick Road”. I passed on the “Deluxe Editions” and opted for just the remastered album. It’s worth the price and sounds as good as it did in 1973.

Imogen Heap: “Ellipse”.  A recommendation from Al Kooper’s blog “New Music For Old People”. “Eclectic” is overused these days, but I can’t think of another term that adequately describes her music. This 2009 release is great listening. Here’s a YouTube video of “Canvas” from the album. Click here.

Beck: “Morning Phase”. All of the rave reviews (MetaCritic gave it an 81) are well deserved. His 12th album is one of his best.

Handsome Family: “Singing Bones”. The song “Far From Any Road” is the opening for the HBO series “True Detective ” (the best television series in years). I went looking for the song and discovered I had the 2003 album it came from. Here’s a link to the song at YouTube.

John The Conqueror: “The Good Life”. There are times when some soulful, blues-guitar rock is just what the doctor ordered. Nothing fancy here just some classic music. Scroll down to our last post for a free download of “Waking Up To You”.

Victorian Opera Orchestra: “British Opera Overtures”. This covers the early to late Victorian era, and music/composers who are all but forgotten. You won’t hear Wagner or Berlioz comparisons or anything that seems even vaguely pretentious. The music has a definite British quality, which makes it all the more fun.

and finally 65daysofstatic: “The Fall of Math”. When this 10th anniversary edition (expanded here to 20 tracks) was first released, it left many shaking their heads while others proclaimed “a new era in rock’n’roll”. Ten years later and we still haven’t heard another band that can write songs like “Install A Break In The Heart That Clucks Time In Arabic” or “I Swallowed Hard, Like I Understood”. “The Fall of Math” is not for the faint of heart, but if you’re the adventurous type you won’t be disappointed. Here is a link to “Retreat! Retreat!” from the album at YouTube.
———-
Before we sign-off here are some great “free” sampler albums we’ve come across in the past month or so. We’ve heard quite a few recently, but these are the best of the best:

“Find My Blood” New West/Normaltown Records Spring 2014 Music Sampler. New West is home to artist like John Hiatt, Delbert McClinton, Rodney Crowell, Steve Earle, Tom Morello, etc.; while Normaltown focuses on emerging artists. Some really good music here though most of the artists were new to me. Be sure to check out Nikki Lane, The Whigs, Luther Dickinson and Devil Makes Three. Here is the link to the free download at NoiseTrade. 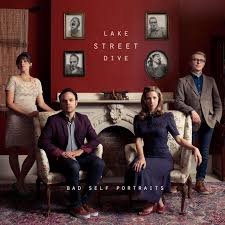 “Lake Street Dive-Sampler Album”. Rolling Stone calls them the “hardest swinging pop quartet since Manhattan Transfer”. I haven’t seen them so I can’t attest to the comment, but if it’s even partially true they are something special. Here is a link to a free 4 song sampler at NoiseTrade.

Here Come The Mummies: “A La Mode”. You won’t hear the term “show band” used very often these days (think James Brown) so you might say The Mummies are a bit of a throwback. Whatever you call them, they are just too much fun to pass up. Here is a link to a YouTube video, and a link to their website and a bunch of free music (including “A La Mode”).

“2014 SXSW Showcasing Artists”. Another year, another missed opportunity to attend SXSW. Maybe next year. This is a sampler of just some of the artists/bands (London Grammar, Kongos, The Strypes, Belle Brigade, etc.) who performed at the 2014 festival in March. Here is a link to the download page. Please note: this 80 song sampler may take a few minutes to complete; in addition you may not be able to use Internet Explorer to download (I used Google Chrome).